What is truth? This is the question that many people today, especially in America, are asking themselves. As these individuals seek to find the answer to that question, they make assumptions, make historical connections, use proponents, and practice what they find to be their truth claim. However, this brings about another question. How can Christians confront these truth claims? How can Christians engage people who say or believe, “I cannot impose my truth on another or say that someone’s truth is wrong”?

In the beginning stages of the United States, many Europeans came to America for various reasons. One reason in particular was to escape religious persecution. With many different beliefs coming from different parts of the world, the United States began to allow religious tolerance. Thus, tolerance has always been a key component in the American lifestyle whether tolerating religion or lifestyle. Due to effects of The Revolutionary War, Americans realized how independent they could actually be. The result was individualization in America. Because American roots are founded in individualism, this is a key component for why everyone has their own truth to live by.  Therefore, people will not impose on other person’s truth because everyone has their own truth.  As a result of being individualistic, we are in control of our own truth so that no one can impose on another’s “personal” truth.

As the United States began to grow as a nation, there is one key factor that contributes to how American thinking went from absolute truth to “personal” truth. This key factor is when Charles Darwin introduced evolution. This was a naturalist point of view. When evolution came around, it introduced a whole different aspect of human beings, everyone part of an evolutionary process and trying to survive. Therefore, humans have no purpose because there is no Creator. Humans have to create their own purposes and they have to create their own truth.

If humans create their own truth, then people will tolerate each person’s truth because that truth works for them.  This way of thinking has flooded the American thought.  Many people don’t believe in absolute truth, but that truth is different for everyone. As a result, there is no confrontation which would result in conflicts. This breeds well in the age of Post Modernism, the belief that there are no absolutes truths, but truth is based on everyone’s own experiences (Glossary Definition: Post Modernism).

In America today, there are countless examples and practices of accepting and tolerating everyone’s “personal” truth.  The first example is found in the media. In the show “Dancing with the Stars” from a few seasons ago, there was a transgender dancer on the show, known as Chaz Bono. Of course, the acceptance of transgender would not have happened without the support of homosexuality. No one should be able to impose their beliefs onto somebody else for their lifestyle.

Another assumption comes straight from the statement is that nobody is wrong. One person cannot tell the other person that they are wrong so you would have to make the assumption that they are not wrong. This leads to an even more distracting assumption. If nobody is wrong, then that means everybody is right in their own eyes about what the truth is. It echoes Judges 21:25, “In those days there was no king in Israel. Everyone did what was right in their own eyes.” Truth becomes merely what works for the individual, and the individual takes control of their truth. They become the standard. 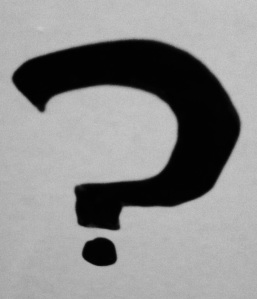 At the root of this truth claim is the question, “Who says?” As one can see, the answer is that the person does. However, one cannot tell others what their standard is as it is their standard. In other words, human beings become their own standard. People become their own truth and nobody can tell them that their truth is wrong. The reality is individuals cannot simply be the standard, because, if they are, there is no stable standard for judgment, for good and evil. People also cannot be the standard of judgment because we are imperfect. We need a perfect Being to be the standard, a standard outside of ourselves.

This standard is none other than Yahweh Himself. He is “the way, and the truth, and the life” (John 14:6). Truth is spoken in the name of the LORD (1 Kings 22:16; 2 Chronicles 18:15), displaying a connection between truth and the LORD. Needless to say, if these proponents of tolerance and control all come back to the issue of standard, one can see that the standard of truth is Jesus Christ. Jesus Christ sets the standard for which we are shown what true tolerance is and what is implies and, even more importantly, humans see who the Controller of Truth is. It is God.

This post is a revised excerpt from a college paper written by Theron St. John and Katie Campbell in 2011 for the course, Introduction to Philosophy, taught by Dr. Mark Eckel at Crossroads Bible College.